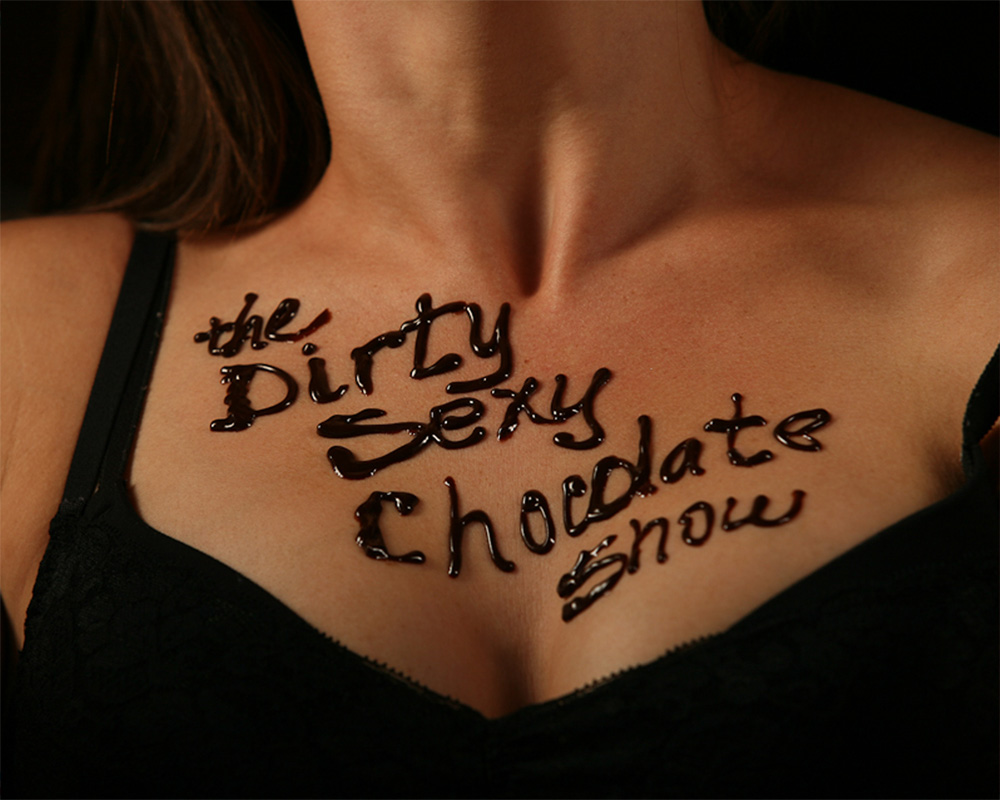 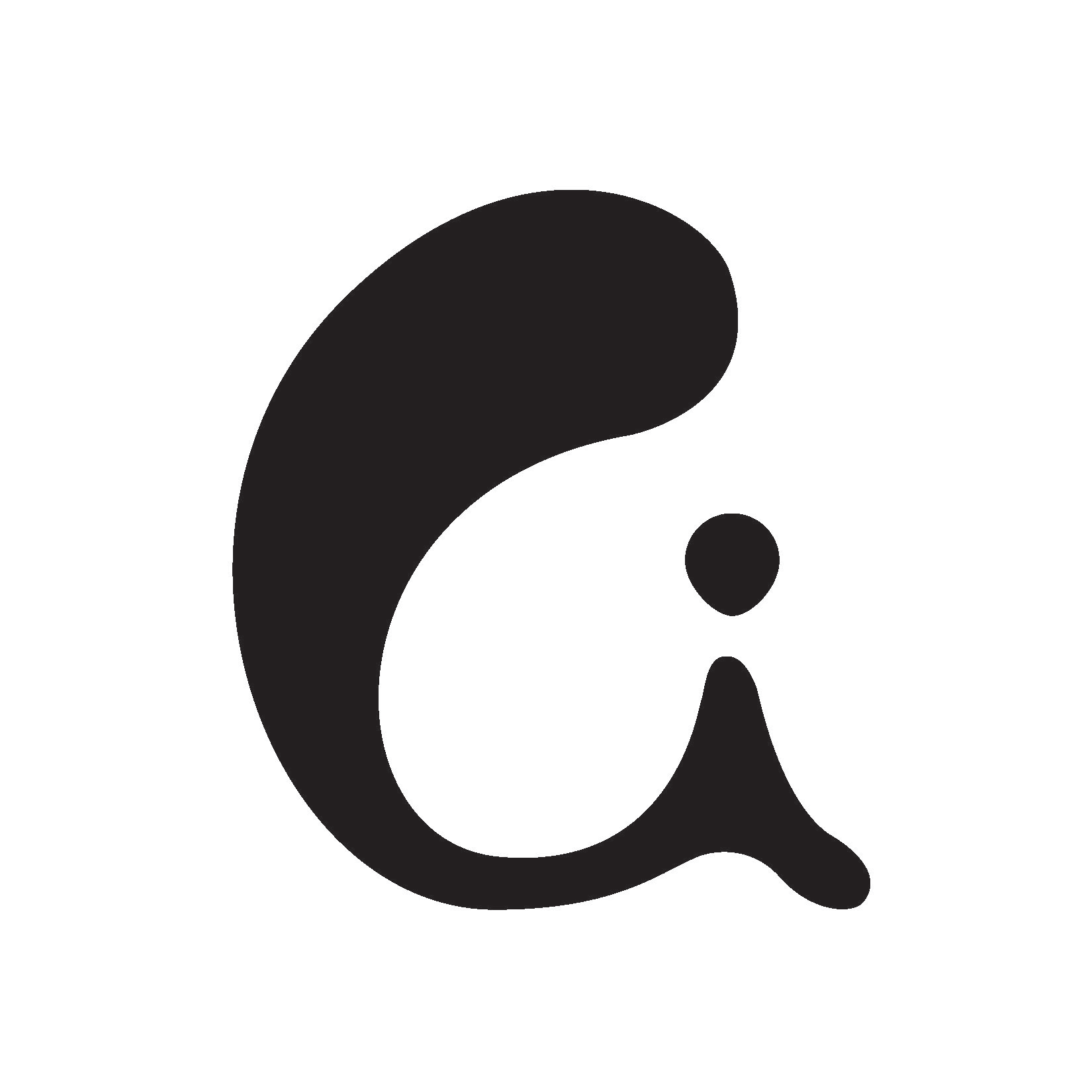 Arts & Above is an interdisciplinary performing arts organization based in Missoula, Montana.

We provide educational opportunities through on-going movement classes, workshops, and residencies, and are committed to reaching out to people of all ages and backgrounds.

We are developing an annual art exposition in Missoula, which brings professional artists together. Such effort collides local, national, and international voices, to deepen individual expression and contribute to Montana‚Äôs art scape.

We value quality, integrity, honesty, and creativity in art-making.

About the Foundering Directors

With the shared belief that art should reflect human experiences, be accessible to all people, and presented with the highest quality, Kate Jordan and Bruno Augusto united as Co-Founding Directors of Arts & Above in January of 2014. Collectively, they have over 30 years of experience as professional performers, creators, and teachers.

Bruno‚ Äôs body of work consists primarily of dance, music, poetry, and film. His works have been presented in the Washington DC metro area, New York City, and the bay area of San Francisco. Internationally his works have been presented in Cuba, Portugal, Germany, Angola, and Algeria. Bruno has been a professional dancer for 21 years; performing in Cuba, Angola, and throughout the United States, while touring Africa and Europe. His formal training includes classical Ballet, modern dance, and contemporary movement techniques as well as acting and music composition. Mr. Augusto holds a diploma from the National School of the Arts in Havana, Cuba, a Bachelor of Fine Arts degree from Towson University in dance performance and a Master of Fine Arts degree from Tisch School of the Arts at New York University in dance performance and choreography.

Kate‚ Äôs work reflects life experiences through contemporary dance and performance art/installation. Occasionally she expresses through film, screen printing, and costume design. Kate‚ Äôs work has been presented across the United States at venues such as The Kennedy Center for the Performing Arts (DC) and ZSpace (S.F.), as well as internationally in Guatemala and Peru. With an appetite for global travel, Kate has toured countries such as St. Lucia, Algeria, Angola, Bahrain, Italy and Greece.  As an educator she focuses on technique, expression, and performance. She is trained in classical ballet, traditional American modern dance, Laban/Bartenieff Fundamentals, contemporary dance movement techniques, Pilates and GYROTONIC¬Æ method. From 2009-2012 she served as co-founder/co-director of the Eureka Dance Festival (DC). Ms. Jordan holds a Bachelor of Science degree from Grove City College in Marketing Management, and a Master of Fine Arts degree from S.U.N.Y. Brockport in dance performance and choreography. In 2016 she opened Kinetic Body Missoula, the first space in Missoula dedicated to the practice of the GYROTONIC EXPANSION SYSTEM¬Æ. 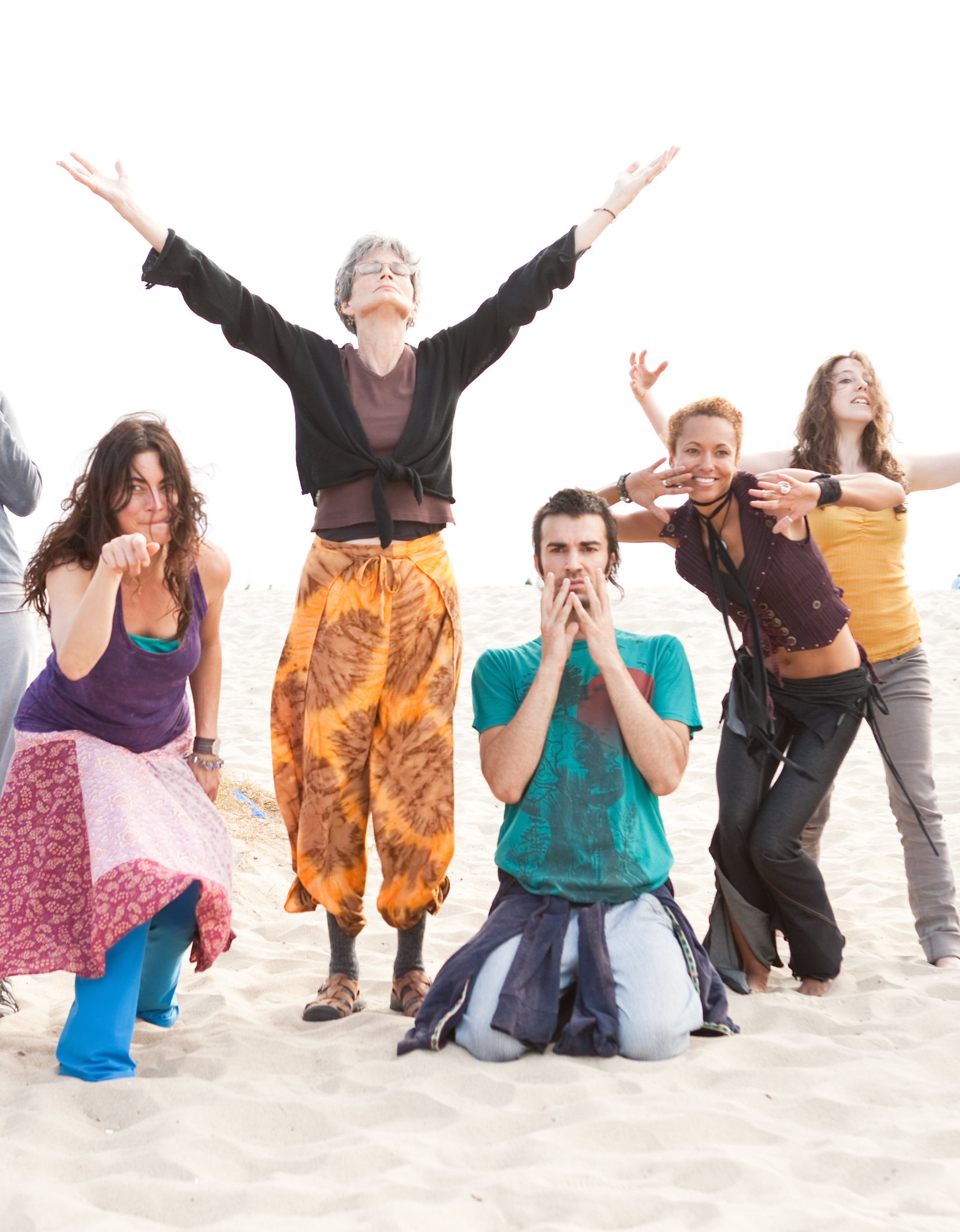 Turning the Wheel uses the expressive arts of movement and improvisational theatre to nurture individual wellness and community engagement. A Turning the Wheel class centers around the body ‚Äì engaging groups in games and movement explorations, but may also include collage activities, journaling, vocalization and performance, all generated by the stories and personal history of participants. We invite you to explore with us how movement takes us directly to joy by teaching us to inhabit our body, expand our mind and engage our community. 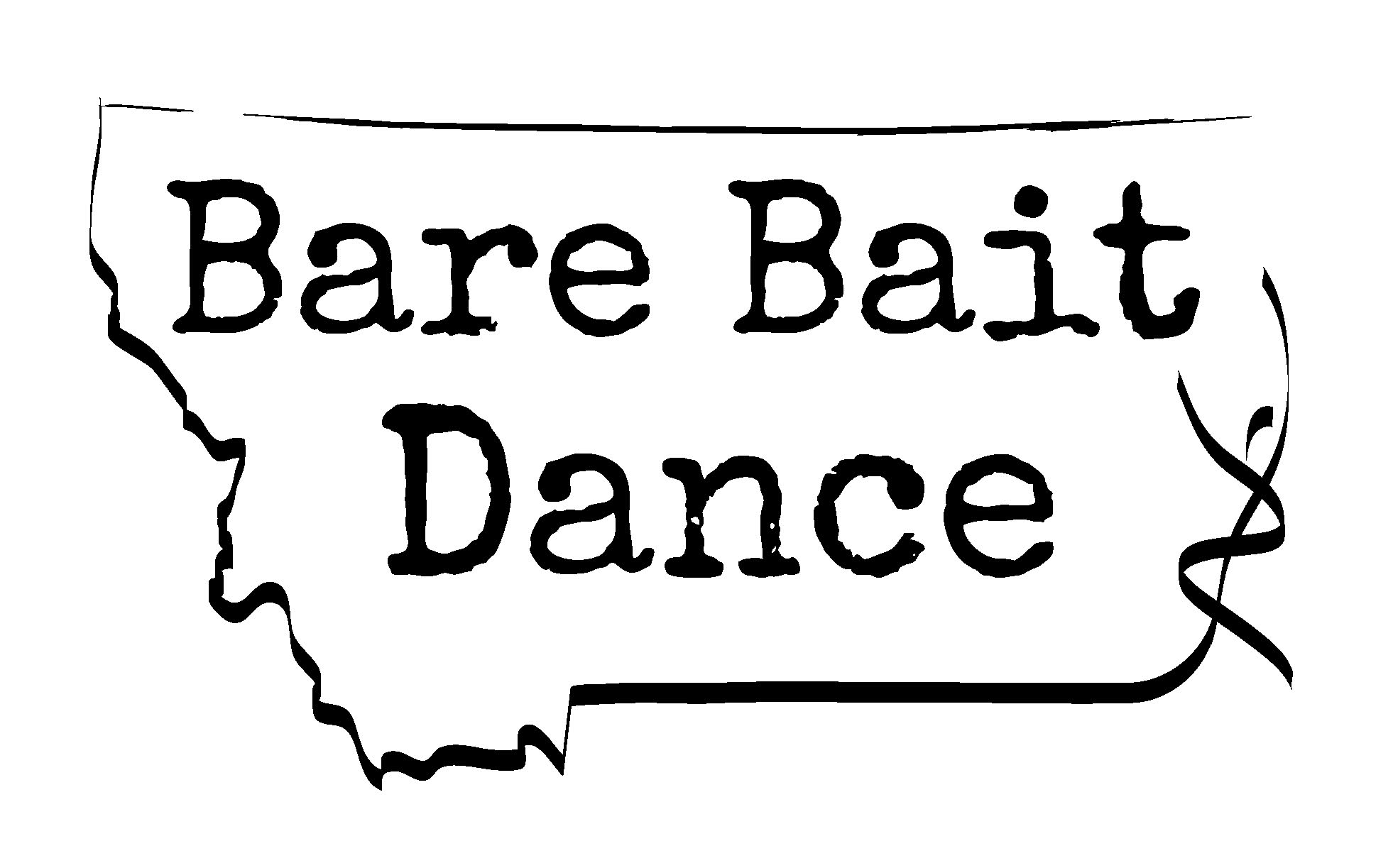 Under the direction of Joy French, Bare Bait Dance company aims to:

– strengthen the Montanan dance community by providing paid performance jobs to highly skilled professional dancers, nurturing their creative work as choreographers, and facilitating opportunities for them to expand as teachers

– present performers and choreographers from around the region and nation in order to cultivate a richer appreciation for contemporary dance and dance field as a whole.

Montana Public Radio is a public service of the University of Montana and is licensed to the Montana University System. MTPR is celebrating its 50th anniversary in 2015 and has grown from a student training facility in 1965 to a media network serving western and central Montana and beyond with www.mtpr.org

Montana Public Radio is an NPR News affiliate carrying Morning Edition and All Things Considered and weekend news magazines. Their robust Montana news team including bureaus in Missoula, the Flathead and Helena.

Their eclectic music and entertainment programs include classical, jazz, literature, science, and the longest running children’s radio programs in the country, The Pea Green Boat. They also carry national favorites such as Radiolab, This American Life, A Prairie Home Companion and Wait Wait Don’t Tell Me! MTPR balances a major commitment to locally produced programs with acquisition of the best national and international content. 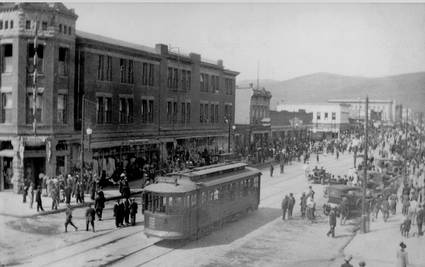 The primary mission for Preserve Historic Missoula is to educate the citizens of Missoula and Western Montana in the appreciation of the educational, historical, architectural, scientific, and aesthetic significance of their environmental heritage, including historic sites, buildings, structures, objects, and districts and prehistoric sites.

The Montana Gaelic Cultural Society (MGCS) was founded in 1997 by Thomas Sullivan and Richard Newman, two engineers from Missoula. Since that time, the MGCS has sponsored classes in the Irish language, Irish dance classes, music and drama presentations, and ten successful Irish Festivals. There is now an Irish Studies Program at the University of Montana, and work is being done toward the establishment of an Irish Cultural Center in Butte.

It is the aim of the MGCS to continue developing such programs, increasing membership and support so that access to the Irish and Gaelic culture is provided to all Montana communities. To accomplish this, it is vital to build memberships, with an eye toward establishing access to the organization throughout the state of Montana.

The Missoula Community Concert Band is a non-profit organization devoted to promoting and performing concert band music in the Western Montana area. They are open to all adults who play (or have played and want to get back to it) wind and percussion instruments. Eight weekly rehearsals are followed by a free public concert. Their Spring 2015 Session begins with rehearsals at the Sentinel High School band room at 7 pm on February 9 and the concert will be held on April 6, 7:30 pm at the MCT Center for the Performing Arts. If you are interested in participating, please see their website for contact information.

Founded in 1945, the Missoula Mendelssohn Club is one of Montana’s oldest music institutions. This season marks the Club’s 68th season. The Club is a male choir whose members are broadly representative of the Missoula community, and have included active and retired teachers, professors, ranchers, lawyers, doctors, ministers, policemen, firemen, businessmen, and students. We are united by a love of singing. The Club’s repertoire includes classical, folk, and popular music.

The Club has sung in cities and towns throughout western Montana and made three tours of Europe. In 1987, the Club organized and hosted the first major international chorale festival held in the USA, the Missoula International Choral Festival. The Festival, which now has an independent board of directors, has brought singers to Missoula from over 40 countries and several US states. The festival celebrated its ninth anniversary in 2013.

Missoula Outdoor Cinema is a celebration of community and film–under the stars. Featured films¬†are projected outside on a huge 12′ X 25′ movie screen. Neighbors “walk in” to the playfield at the Headstart school (the old Whittier School) on the corner of Worden and Philips Aves. on Missoula’s historic Northside. As the sun goes down, the smell of fresh popcorn fills the air.